To be clear, this is not a homework question, but it is something I am studying for an exam. The question is about a hilsch tube which separates a stream of high pressure air to a high temperature and cold temperature stream. After this, a carnot engine is placed between the streams to convert some of the heat from the hot stream to work and the rest of the heat is given to the cold stream such that the two streams are exiting at the same temperature.

I have given the full problem diagram at the end of the question.

The main question I have is this:

Most definitions of Carnot engine work have isothermal temperature reservoirs, cold and hot, at temperatures $T_{hot}$ and $T_{cold}$ such that

However since the temperatures here are constant, how does this relationship change if they continually change as energy is removed or added as in this heat exchanger between two streams?

The manner in which I have approached this problem is:

a) Apply an Energy Balance in which the Hilsch vortex tube is isenthalpic:

b) This is where the problem originates. If we use the equation for efficiency above, we can end up using another energy balance where we take advantage of the equation $Q=mC_p\Delta T$, so we have:

where $Q_{hot}$ is the heat being removed from the hot source, or stream $C$. So, similarly,

This would (if the temperatures were constant as reservoirs) be:

So, The energy balance would be:

All variables in this equation are known except $T_D$, which allows us to calculate it, but I don't know if the assumptions are right to get here. 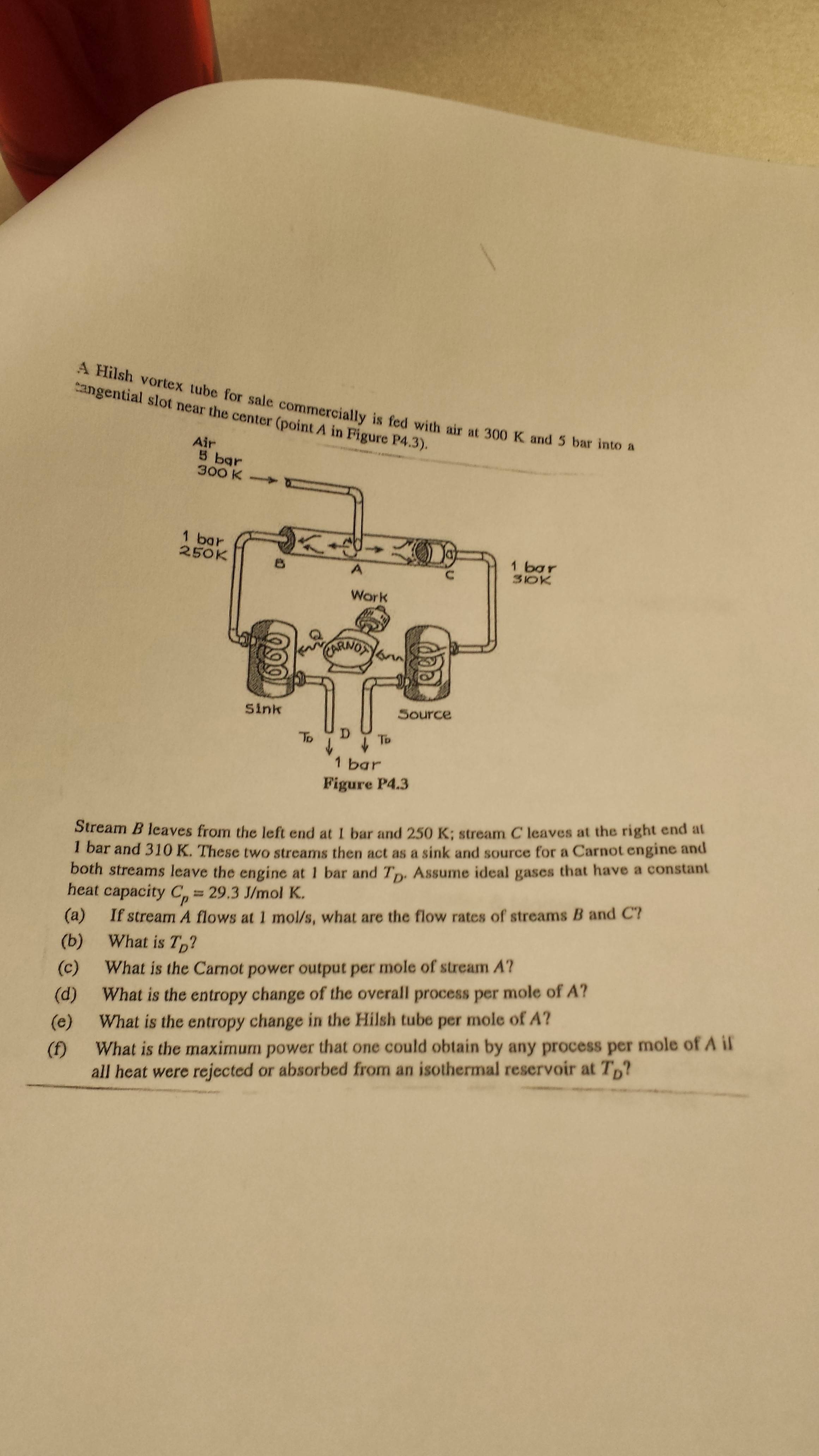 Well I don't quite know the details of Hilsch tube, but I can see in which direction the question is heading towards.

Here is what I think would solve the problem

Also the amount of heat rejected to sink $B$ is

Now for source $C$ change in entropy is given by

Since its a carnot engine, the change in entropy of working fluid is zero.

Using this you can find out $T_D$, if it would have been same flow in source and sink i.e $n_B = n_C$ then this equation reduces to