Where does a string tighten when you pull it?

I have the following setup:

The string of negligible mass, causing little friction, is shown in dark blue and is fixed at the red circle. The taut string is shown in light blue (with excess string removed). I have shown an orange arrow which indicates the direction in which the string is being pulled. Importantly the force is always exerted at that location and any excess string is removed.

I would like to know how the string deforms over time as it is pulled from that point (orange). Does the end closest to the pulling force move first and straighten up, wrapping around the object 'A' early on, or does the whole string change shape continuously?

How does the direction of pulling force affect things if at all?

While it is slack it will depend on the type of string and the transmission of forces. There will be an impulse propagating across the string starting from the left , there might be rotational energy while it is slack. Think of the molecules composing the string, they transmit the force to their neighbor.

Once it tightens it will depend on the actual geometry. In your drawing it will meet A before all the slack is taken so some frictional force will enter.

I would like to know how the string deforms over time as it is pulled from that point (orange). Does the end closest to the pulling force move first and straighten up, wrapping around the object 'A' early on, or does the whole string change shape continuously?

For a better understanding, 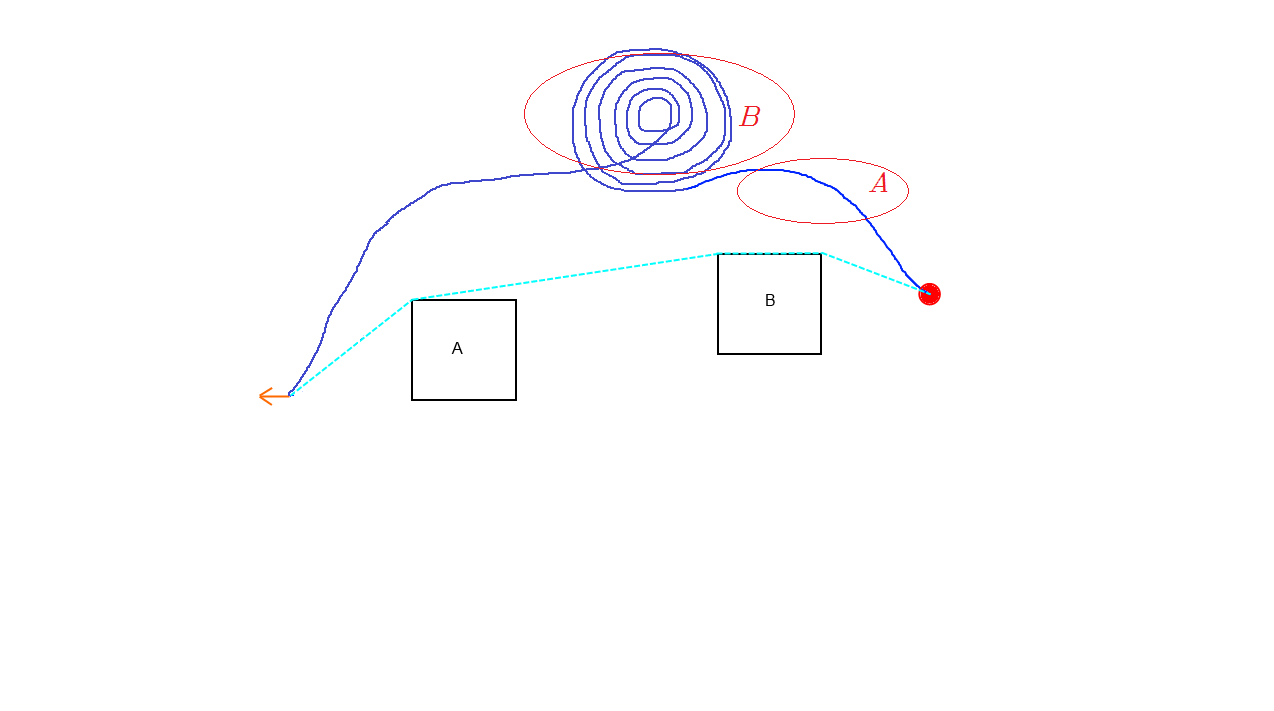 Not the answer you're looking for? Browse other questions tagged forces string or ask your own question.

3
What causes a car's velocity to follow the front wheels' direction?
1
Why does the Fluid inside a Water Balloon Continue to Move even when the Balloon Being Pulled has Stopped?
0
Where would a string being pulled from both sides snap and why?
0
When I pull a rope attached to a block, does the rope OR the block pull me back? If so, with what force?
0
Need help in calculating the pull on string in kg when moving weight on horizontal bar
1
Linear wave superposition along a rope/string
2
Motion involving Constraint relations