Let's assume that we build a giant steel hull in a shape of cube with open top (2km long edge) and lift it to the top of stratosphere and then pump air out of it. Would it float on the outer layer of stratosphere like a ship floats on the surface of water?

Also, if it is an open top cube, it would start filling with low density gas, increasing the average density of the cube.

Nice question! The answer is yes, it is certainly possible. There is no need to start at the top of the atmosphere though. The air around the earth has a density (and pressure) gradient that increases as you get closer to the surface, see the figure below. If you have an object whose average density is less than the atmosphere at the ground, then it will rise to a level where its density is equal to that of the atmosphere.

This is the same reason that, for example, oil and vinegar separate over time in a jar. It is also the reason that hot air balloons and blimps are able to fly. 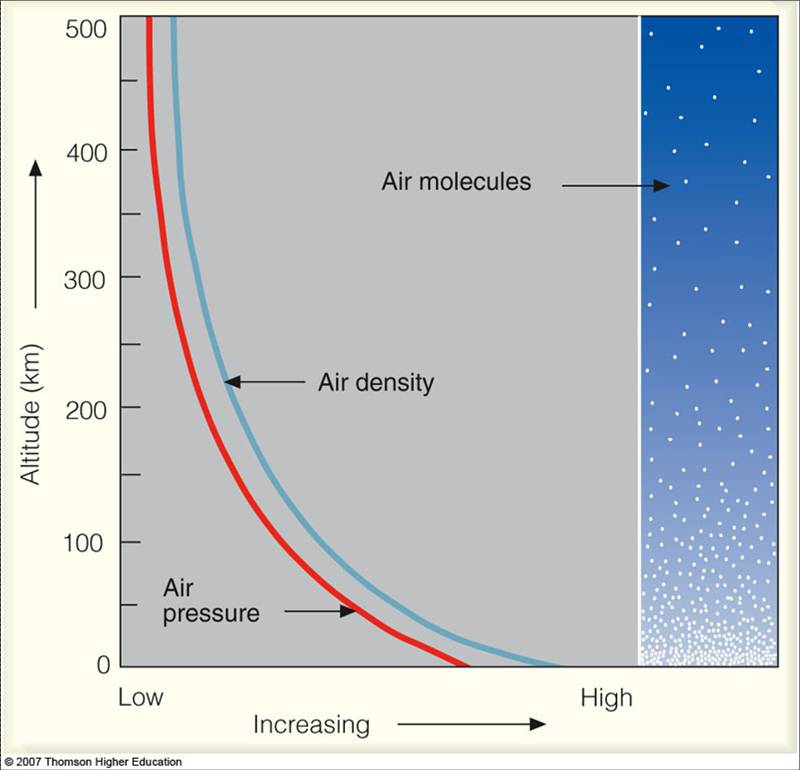 Not the answer you're looking for? Browse other questions tagged aerodynamics atmospheric-science buoyancy or ask your own question.

7
Why airplanes fly: the final truth
6
How does potential energy work out for floating things?
15
Why is a beam reach the fastest point of sail on modern sailboats?
1
Changes in force required to push buoyant object under liquid/water
3
When does a block of ice begin to float in itself?
2
Neutral buoyancy for cylinder/bladder in water
2
Vacuum balloon / airship with balloons as shell segments
0
Stabilizing a lightweight (empty) ship