sorry if I sound little noobish. Though I have a fairly good understanding of physics, I sometimes don't understand the electrical aspects.

Though I may think that this is possible, I'm not aware if any such system exists currently. The home inverter seems to be doing quite the same thing, but both the cycles don't happen at the same time though.

Edit: Yeah, a diagram will help me also to explain better what I have in mind. 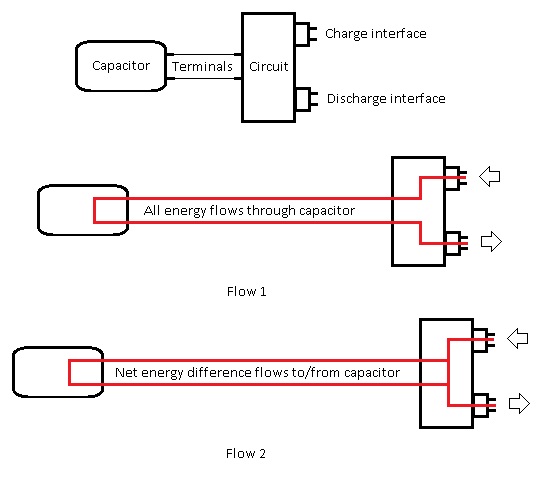 Hope this makes it more clear. Now, let me restate my question. Is such a system possible, importantly, such a circuit possible. Are any systems available today, which do exactly the same thing. And your own views on this is really welcome.

electric-circuits charge capacitance
Share
Improve this question
edited May 25 '14 at 20:38

If at time $t_0$, the voltage across an unconnected capacitor is $V_0$, then the capacitor will charge if an externally applied voltage $V_B > V_0$ in a circuit or will discharge if $V_B < V_0$. One can't do both at the same time.

This brings back old memories, I was kinda obsessed in making a system where we charge several capacitors and continuously discharge them making spectacular sparks. Apparently it is not possible.

The only way we can charge and discharge is one by one. This technique is widely used in camera flashes where a large capacitor(in capacity, not in size) is charged and then shorted to make a burst/flash of charge. 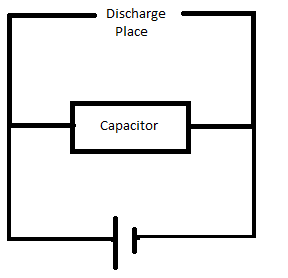 However in the case of AC source, 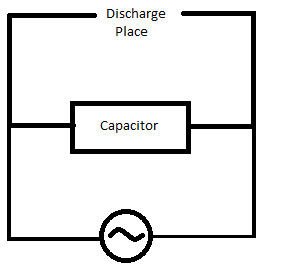 Note while the potential is dropping in case of AC source, the capacitor does discharge! But that only helps in maintaining a more stable/constant potential at the discharge place

Since you seem to be asking for a capacitor circuit which itself charges while itself discharging just as well, even this case is not useful.

Not the answer you're looking for? Browse other questions tagged electric-circuits charge capacitance or ask your own question.