Why doesn't breath condense around poop of flies on the window's glass?

One day it was raining outside and I was breathing on the glass of my window. I noticed that around the spots of fly poop there is a circle where vapor does not condense. With time the circle becomes larger and larger as the condensation slowly disappears.

Edit: Note that the poop is there from days ago, so it's not warmer than the glass. If the effect has something to do with the poop being warmer, please give me a motivation.

There is an image here which is also shown below. Sorry that it is out of focus; my phone's autofocus couldn't pick out the foreground image. 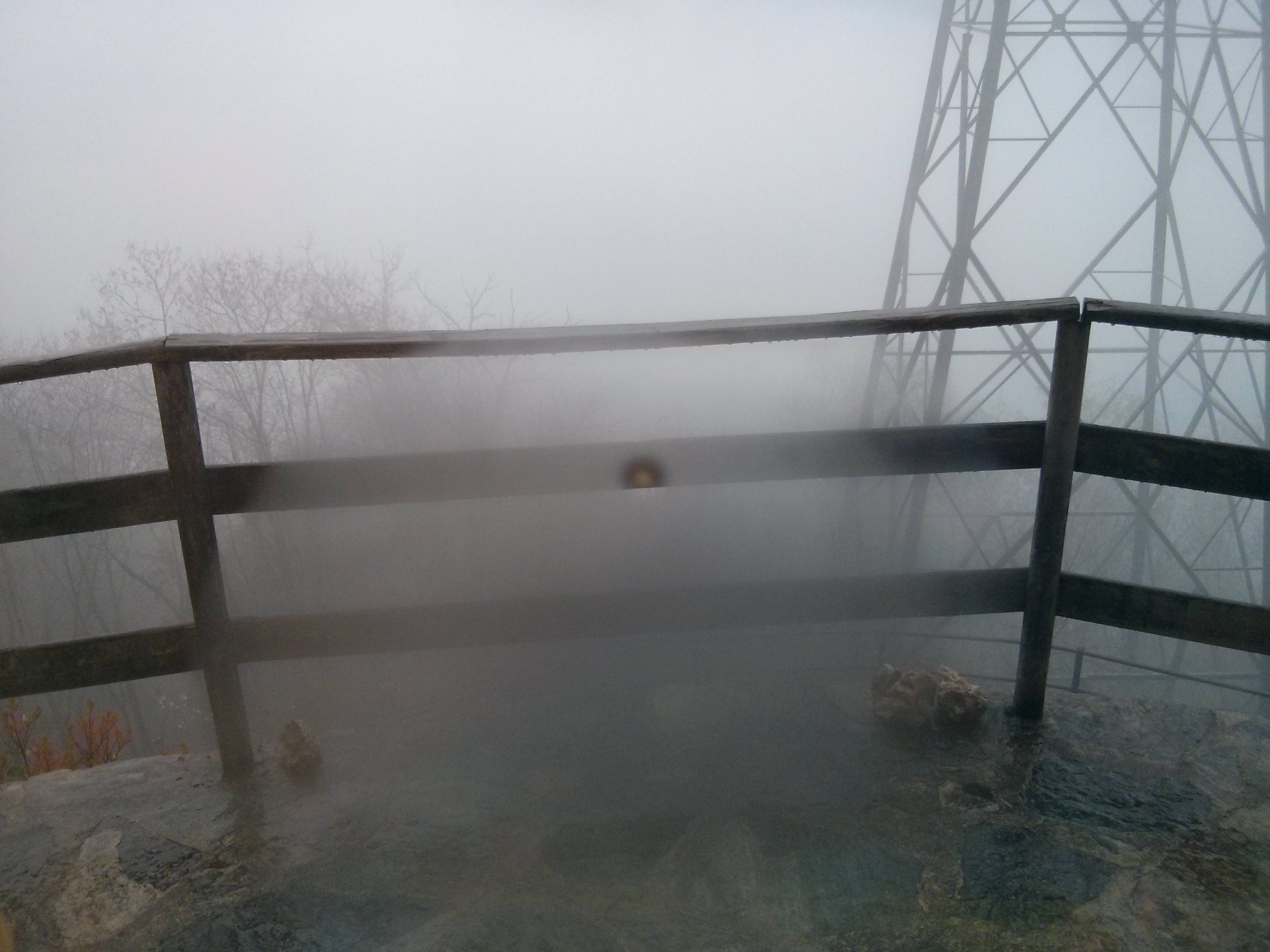 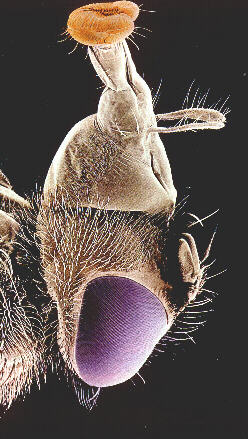 A fly spends about 25% of its time re-digesting and it only can eat liquids. It mixes the eaten food with the appropriate enzyme for digestion. The fly does this by retrieving the eaten food from its digestive system (a vomit of sorts), and drop by drop it is placed on the surface on which the fly is sitting. Only then is it sucked back up after they are mixed. The small black dots, that are left in various places, such as the ceiling, are not fly droppings, but actually the remains which are not sucked back up.

There are a variety of fluids that are mixed along with oils from the food. This creates a surface film much like when you write with your finger on a mirror. The growth of the spot is just the fluids slowly flattening out and spreading on the surface. The film prevents condensing water from beading to form a lens shape which defuses the light into the cloudy haze you see elsewhere. This is like an anti-fogging agent which works by minimizing surface tension, resulting in a non-scattering film of water instead of single droplets, an effect called wetting. Anti-fog treatments usually work either by application of a surfactant film, or by creating a hydrophilic surface.

The wetting may appear to spread near the edges of the film during evaporation because the droplets are on the cusp of being completely wetted and have more surface area to evaporate faster which gives the illusion of the spot spreading during evaporation.

As for the poop? Well, the droppings fall to the ground and go undetected.

Not the answer you're looking for? Browse other questions tagged thermodynamics evaporation condensation or ask your own question.

0
Would oxygen in a container condense automatically at night in the exosphere?
4
Why water vapour condense easier in contact with a solid?
22
Does wrapping a wet paper towel around a glass bottle really speed up the cooling process?
0
Can the air be cooled by blowing it around an earthern pot
2
Will a glass of water left in the fridge evaporate?
0
Does warmer air of the same humidity condense faster?
0
Why my glass spects or windows becone blurr in winter i.e cold weather due to my breath but NOT in summer i.e hot weather?and why disappear after?