I watched a TED talk by the scientist Aaron D. O'Connell about actually seeing quantum superposition. The link to the talk is :-

I researched on it a bit but I am still not able to understand how did his experiment work. Ultimately while measuring, the state of superposition would have been destroyed. What was it that made the experiment successful. I didn't even understand how could he conclude that everything is in two places at the same time. Especially when you see the talk, he mentions that his device was both vibrating and not vibrating at the "same time" which seems a bit ambiguous to me. How can you take two different measurements at the same time?

Here is a picture of the "diving board" his team used that was in a vibrating superposition: 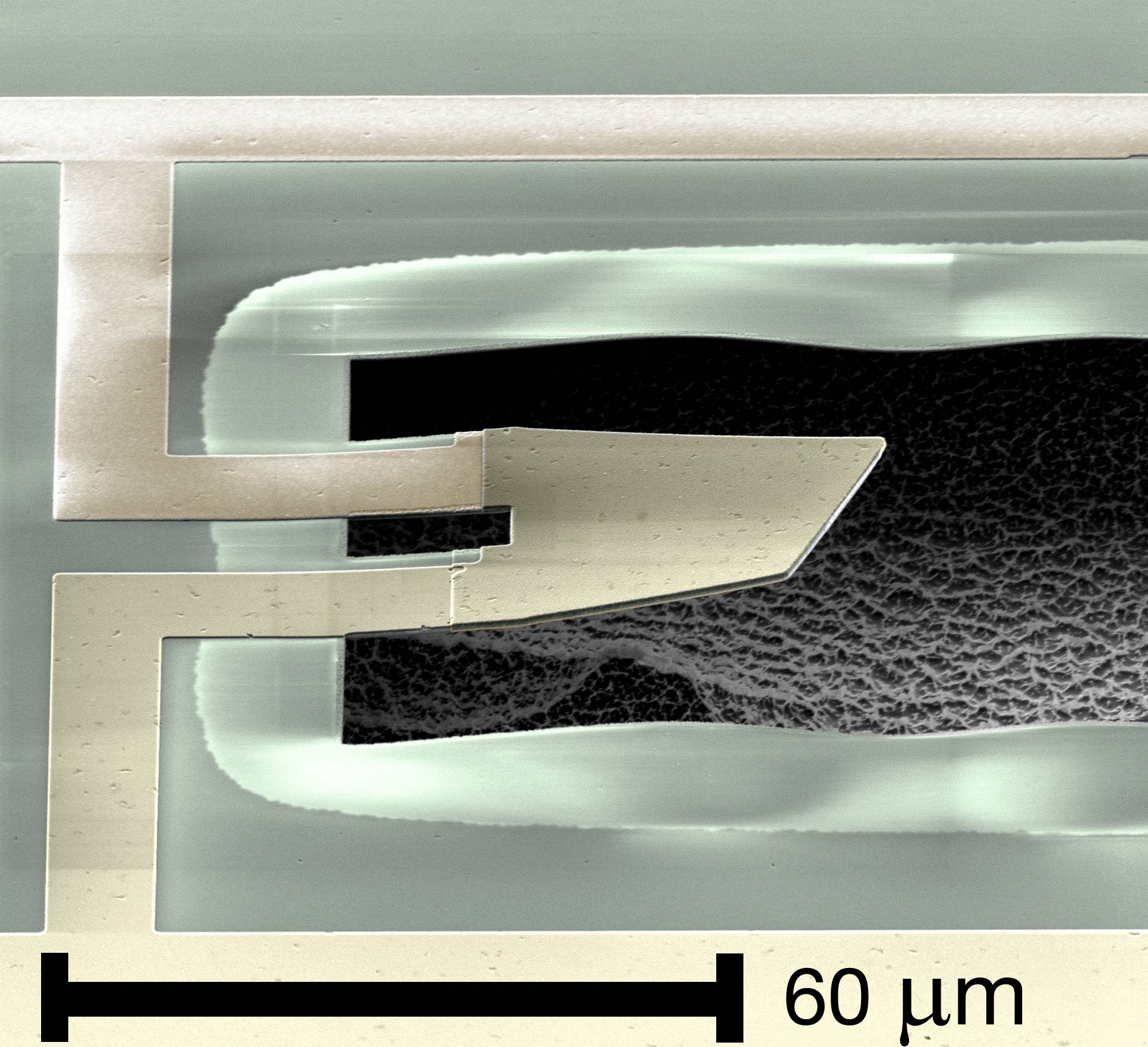 You shouldn't think much of his statement about being in two places at once; it's a bunch of fluffy nonsense he's using to make his work sound sexier. A human-sized object at livable temperatures will never exhibit such behavior.

Their experiment actually used thousands of measurements to determine what was happening with the lever. I'll try to summarize, but please let me know if you need clarification.

O'Connell and his collaborators were able to measure the state of the qubit very accurately. They prepared the circuit in the way I described above, waited some amount of time, and looked to see if the qubit was vibrating or not. They repeated this process over and over, tallied up how often the qubit was vibrating, then calculated the probability they would find it vibrating if they performed the experiment again. For certain wait times they found that the qubit was sometimes vibrating and sometimes not vibrating. Going back to my expression for the superposition, this means that $a$ and $b$ are non-zero, or that the lever is in a superposition of stationary and vibrating states.

Not the answer you're looking for? Browse other questions tagged quantum-mechanics superposition or ask your own question.

18
Schrödinger's cat; why was it necessary?
8
Does the following experiment disprove the Copenhagen interpretation?
0
How is instantaneous action at a distance governed by a specific frame of reference?
2
What happens to the uncertainty principle if
0
Feynman’s electron double slit experiment?