Which is the smallest known particle that scientists have actually *seen with their eyes*? [closed]

Which is the smallest particle that has been actually seen by the scientists? When I say "actually seen", (may be using some ultra advanced microscope or any other man made eye, using any wavelength or phenomena) I really mean it; just like we have seen the red blood cells.

Taking your question literally, you can see a single barium ion:

The TRIµP group has achieved capturing a single barium ion in a Paul trap. The images show Coulomb crystals formed by a decreasing number of laser-cooled ions as detected with an EMCCD camera. This forms an important step towards the planned experiments on single radium ions to measure atomic parity violation and build an ultra-stable optical clock. 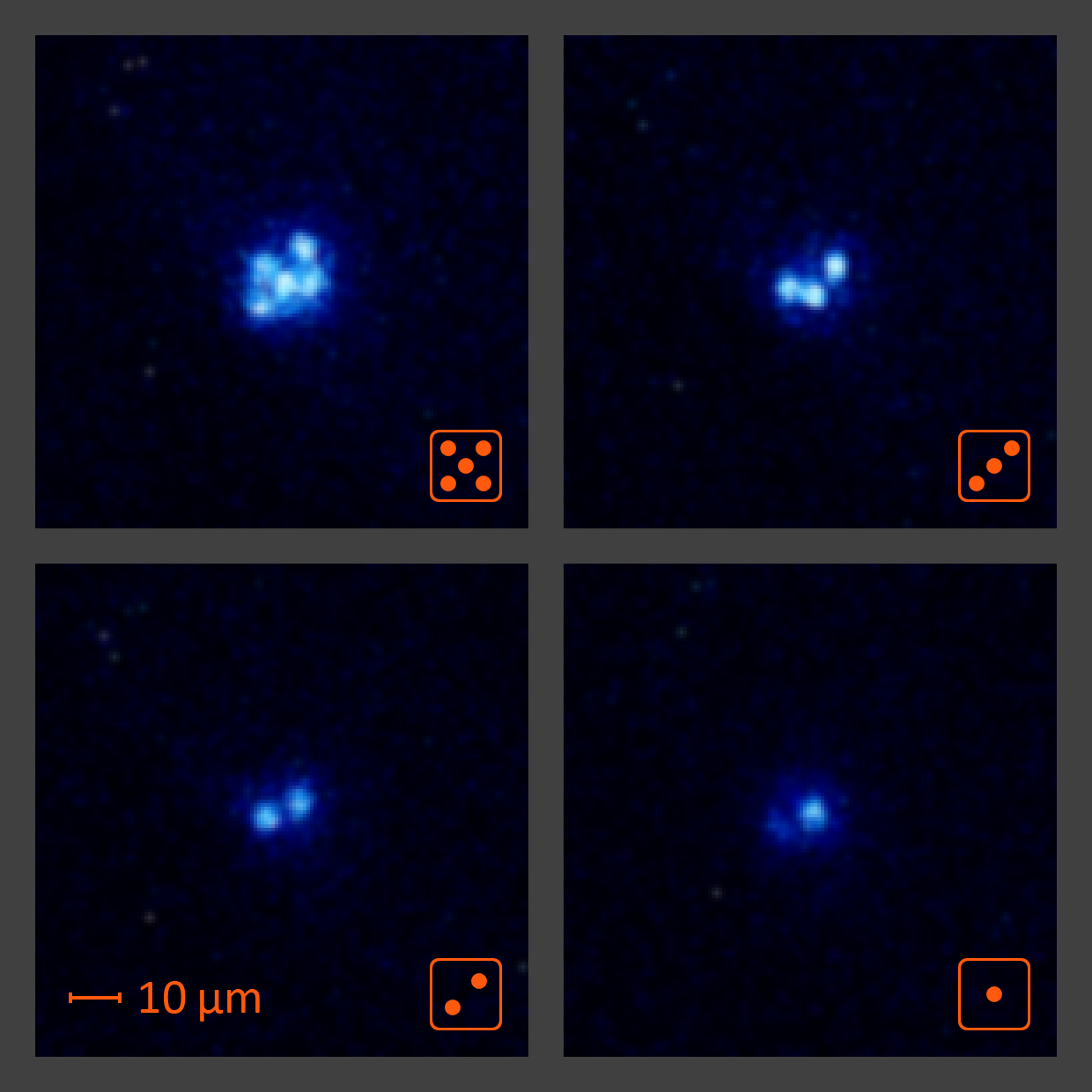 Also, Warren Nagourney from Washingtong University took a picture of a single Barium atom scattering light from a laser: 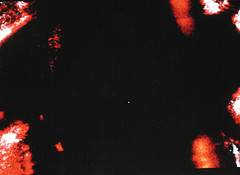 Photo credit: Warren Nagourney at the University of Washington, c. 2000

Believe it or not, this is a color photograph of a single trapped barium ion held in a radio-frequency Paul trap. Resonant blue and red lasers enter from the left and are focused to the center of the trap, where the single ion is constrained to orbit a region of space about 1 millionth of a meter in size.

What's the red/blue mess on the sides?

How do we know the dot really is an atom?

When one turns off the red laser, the blue dot vanishes. This is because the scattering process requires both laser colors due to a metastable state in the barium ion. If the blue dot stayed around with the red laser off, we might excuse it as being additional laser scatter off some surface.

How was the photo taken?

This is a scanned photo; the camera was a 35mm Nikon (I believe) with a wide open 50mm f/1.8 lens. The exposure time was two minutes. Several shots were taken at different camera positions and this one caught the ion in the very narrow depth of field.

Is this how you normally "view" the ion?

No, we use a 50 mm f/1.8 camera lens to image the blue dot onto a photomultiplier tube. We don't require the focus to be so good when using the PMT.

Where can I see more?

Lots of CCD images of one and several trapped ions are found on the Monroe group site.

Only two minutes exposure time, so probably in a dark enough room, someone with good sensitivity could actually see it.

Obviously, the smallest particle that scientists have ever seen directly is a photon.

The question is a bit silly because it tries to eliminate any simple device like a photographic plate. But the human eye, its nerves and the visual cortex together are far more complicated.

10
Why doesn't my particle simulation end in a flat disc?
15
What is the difference between translation and rotation?
0
About a recent experiment which claims reality doesn't exist until we measure it?
0
Which elementary particles have been seen up to now?
18
What is the meaning of the size of a particle in QFT?
7
Mental picture of interactions in QFT
3
Derive resolving power of Heisenberg Microscope
0
Trapping particles in a laser beam (photophoretic trapping)