Force acting on center of mass 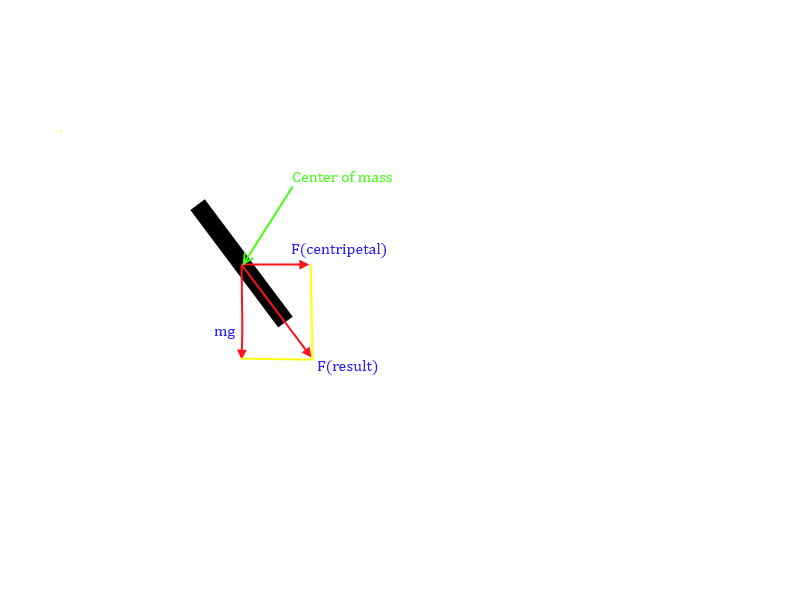 Pictured above is a biker (traveling in a curve) whose center of mass has two forces acting on it. These two forces - a horizontal centrifugal force F(centripetal)* and a vertical gravitational force mg - yield a resultant force which pulls the biker's center of mass diagonally towards the ground.

Here is my question: why does the biker [who I've pictured as a black stripe] stay in place if (and only if) he positions himself according to the resultant force as shown in the image?

My instructor told me that the biker would begin to tilt left or right for any other configuration, and that kind of makes intuitive sense, but I'd rather not base my knowledge on iffy intuition alone.

EDIT: Could it be that the position of the biker as shown in the image is the only one in which a "conversion" from tilting to the left to tilting to the right occurs (so that the system is balanced, in a sense)?

For a static configuration you need two conditions fulfilled:

When the biker positions himself according to the resultant force, $\vec r$ and $\vec F_{res}$ coincide (with different signs) so $\theta$ between those two is zero: since $\vec{\tau}=0$ in this case, the biker doesn't fall.

The forces are still the same, so the sum of all forces is still zero. 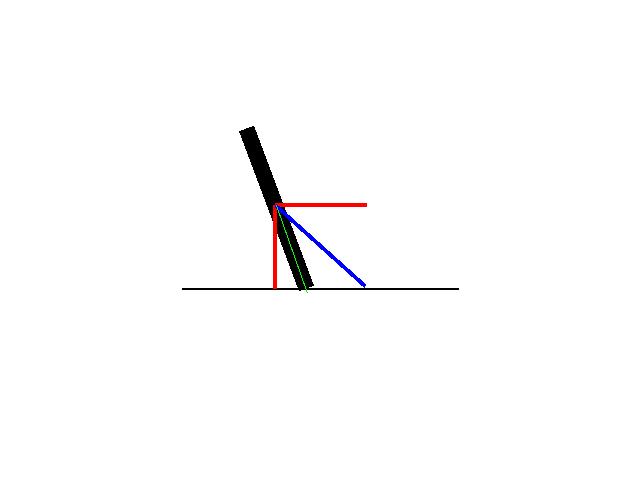 This means that the biker will tilt in one direction: to the right if the resultant force points to the right of the pivot point or else to the left.

Not the answer you're looking for? Browse other questions tagged homework-and-exercises gravity forces centrifugal-force or ask your own question.

3
Countersteering a motorcycle
0
Centripetal issue when considering gravity
2
Centripetal and centrifugal force
1
Is there an absence of centrifugal forces in rotating frame of a pulley or in belt friction derivation?
2
Why do we feel a force in circular motion?
1
Torques acting on a unicyclist