Field inside a wire?

The answer uses the concept of surface charge buildup to show why the field has to be equal at all points and why it must be perpendicular to the wire.

However, there are a lot of ways a field could exist in a wire that is not perpendicular to the wire, but would not cause surface charge buildup:

For example these fields: 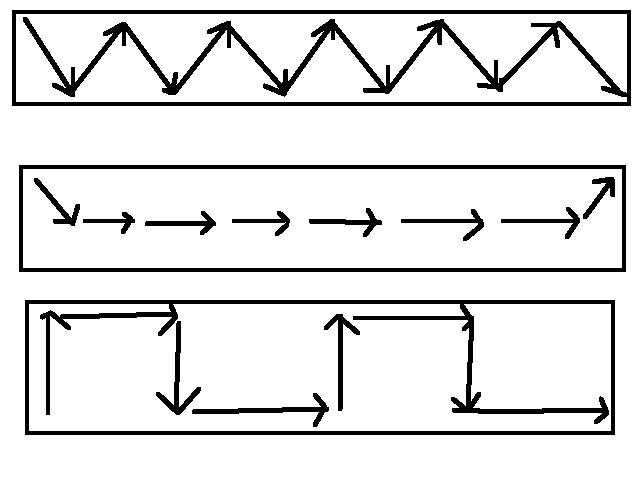 could exist instead of: 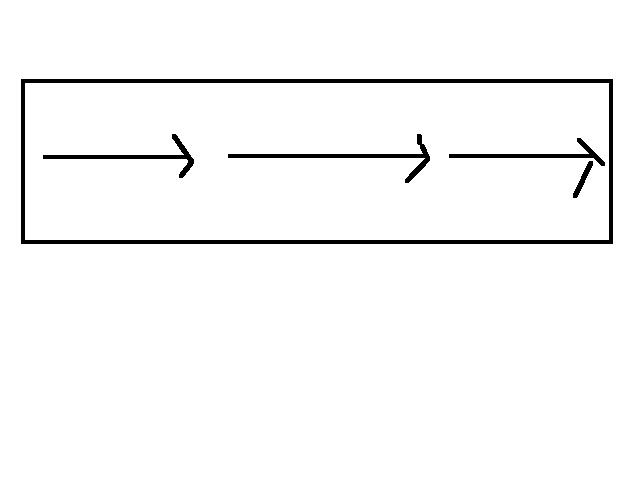 and there would still be no surface charge build up.

4) The image below is a resistor. The "lines" represent the current direction and density ("the current density streamlines") . The "gray objects" represent wires through which a voltage difference is applied. If the electric field is always parallel to the surface how can the current lines be at an angle in the first resistor?

Please address all my questions separately. Thank you.

Also note that the "field configurations" that you have drawn are somewhat ambiguous depictions of a vector field that is defined at each point in space. Textbooks draw straight arrows like the one you drew for the correct configurations to mean that every point inside the conductor has the same uniform electric field. In your three exotic examples, it's unclear how you define the field where you don't have arrows or where the arrows overlap.

To answer your fourth question about the wire in the resistor, the electric field is always perpendicular to the surface of a conductor. If you did have a component of the electric field parallel to the surface, that would cause charge to flow into a different configuration to cancel that parallel component. The lines do appear to be at an angle to the wire in figure (a), but if you were to zoom in on the actual field configuration (not an illustration from an artist), you would see that the field is indeed perpendicular to the surface of the conductor.

Pauls' answer is correct, but I would like to back it up with a quick example. Taking your first example, we can model the field like

Making a vector plot of this:

But as Paul points out, this field corresponds to a charge distribution within the wire given by Gauss's law:

If we make a density plot of this

We can see the areas of non-zero charge density within the wire (white and dark purple). In any real conductor these charges would quickly dissipate, leaving the conductor neutral. And the only solution for the field inside a neutral conductor is uniform. This is covered in the chapter on separation of variables in Griffiths E&M book.

When you have a field variation, at some point it is $E$ and at some different point $E+e$.

(1) An exotic field might exist around an impurity or a mechanical damage to the conductor. Some charge might accumulate as a result of directing the streamlines into a narrower space. However, this charge would become constant.

(2) If an exotic field exists, then there is a net accumulation of charge in the conductor. While it is permitted for conductors to hold charge, they would flow to produce no net field inside the conductor. For this reason, $e=0$, and the sole field is due to a potential difference between the contacts, divided by the length.

(3) In the case of a reduction of cross-section, one would suppose Joulean heating to increase, possibly causing the wire to melt. Fuses, toasters, and other devices work on this principle.

In the second example, $E$ is still constant, but the appearance of a mass of charge at a point would cause a radial expansion $e$. This charge will expand until $E=e$, and thus the gradient of $e$ would be non-zero: charge would accumulate at the ends to form the streamlines. But eventually the radial expansion of the charge will disappear, and so the local value of $e$ at that segment will also be $0$. The current proceeds in a parallel manner as shown in the picture.

The defining property of an ideal conductor is that charge is flee to flow until it hits a boundary. If there is a component of the field perpendicular to the direction of the wire, such as in all of the 'exotic' fields shown in your question, then charge will flow in that direction until it cancels the field.

So, if there were some situation in which the fields you've drawn were to arise in an insulator, they still would not survive in a conductor because the surface charge would build up until it turned the 'exotic' fields into the field you've drawn at the bottom.