Today I learnt about Ohm's Law(I had some basic knowledge earlier).When I came home I searched in the internet and found that at Ohm's Law, resistance should not change because then the circuit will not obey Ohm's Law.I googled about this "problem" but I found nothing. My physic professor says that resistance can change at Ohm's Law. I don't know which one to trust. Can anyone help me ?

Well, the thing with Ohm's law is that the ordinary expression $I=\frac{V}{R}$ (sorry, I'm on mobile and writing "nice math" here is a pain), works only for what is usually referred to as "static resistance", that is $R=\frac{V}{I}$. However, this implies a material whose resistance does not vary. There are some materials whose resistance varies inversely to its cross-sectional area and proportionally its length ($R=k\frac{l}{A}$, where $k$ is the coefficient of resistivity of a material, a constant really). For this materials you need a "dynamic resistance" which is given by $\frac{dV}{dI}$, simply the rate of change of $V$ with respect to $I$ (or the slope of said line).

Ohm's law isn't actually a law, in the sense that everything has to obey it. It's more like "This simple pattern that Ohm noticed". Devices exist that don't even come close to obeying Ohm's law, and they're used all the time. Ohm's law basically states that how well something resists current doesn't depend on how big that current is: the device isn't any better at holding back high current than low current. While this is true for many materials, people have specifically designed and made great use of materials that have other properties. Things that, for example, resist current going one way but not another. Or ones that resist low enough levels of current, but can't hold high ones back at all. These are called diodes.

Ohm's law is a nice thing to have, but it's not a rule like conservation of energy or charge.

Ohm's law is not quite precise in our daily life.

It varies according to external factors such as temperature, pressure, material of wire used. There are also errors while calculating it. You have maintain standard temperature and pressure (i.e. 273 K and 1 atm). You should also be aware that the conductor whose resistance you are calculating must not get heated which may increase in the collisions of electrons inside the conductor which in return increases the resistance.

There are certain limitations of Ohm's Law 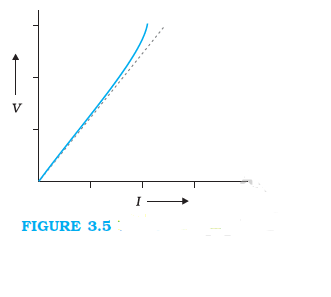 (b) The relation between V and I depends on the sign of V. In other words, if I is the current for a certain V, then reversing the direction of V keeping its magnitude fixed, does not produce a current of the same magnitude as I in the opposite direction (Fig. 3.6). This happens, for example, in a diode. 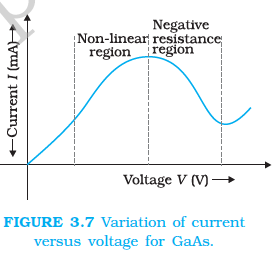 (c) The relation between V and I is not unique, i.e., there is more than one value of V for the same current I (Fig. 3.7). A material exhibiting such behaviour is GaAs. 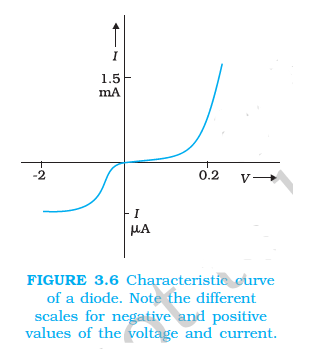 Not the answer you're looking for? Browse other questions tagged electric-current or ask your own question.

2
Can Kirchhoff laws be applied to any circuit?